In 1892, James Dickson Carr became the first black man to graduate from Rutgers University. Over the course of the following half-century, another twenty-four would follow in his footsteps. They were "the forerunner generation," entering an exclusive white men's school before the movement for Civil Rights and desegregation reshaped the university into a more diverse and accessible institution.

This exhibit brings together photographs and brief biographical sketches of all twenty-five African American men who attended Rutgers University before the end of World War II. Paul Robeson, who graduated in 1919 and whose legacy we have celebrated with centennial commemorations in 2019, is the most famous of the forerunners. Carr, Robeson, and six other men are profiled in our book Scarlet and Black, Volume 2: Constructing Race and Gender at Rutgers, 1865-1945. This alumni gallery expands the work that began with the book and honors the lives of all twenty-five pioneers.

The gallery is arranged chronologically by graduating class. Visual materials for this exhibit include photographs from the Scarlet Letter (the Rutgers College yearbook) and the alumni biographical files housed at the Rutgers Special Collections and University Archives.

Click any image in the exhibit to learn more about the photographs and archival documents presented here. 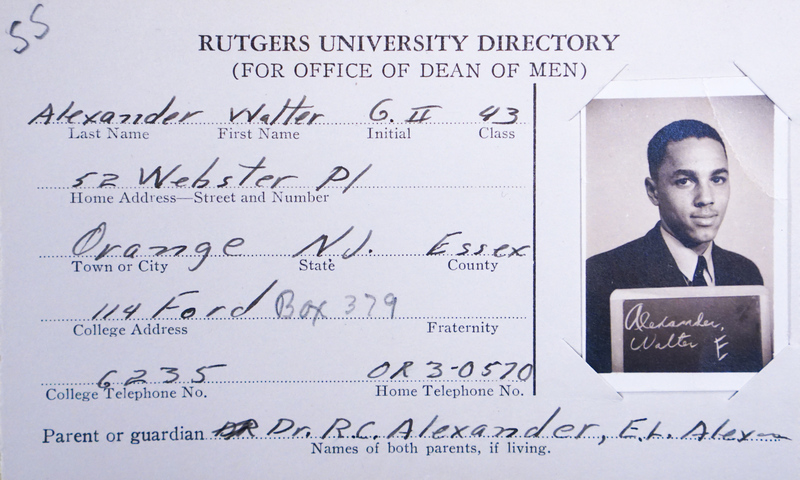 Walter G. Alexander II, photo and information card from the Office of Dean of Men.