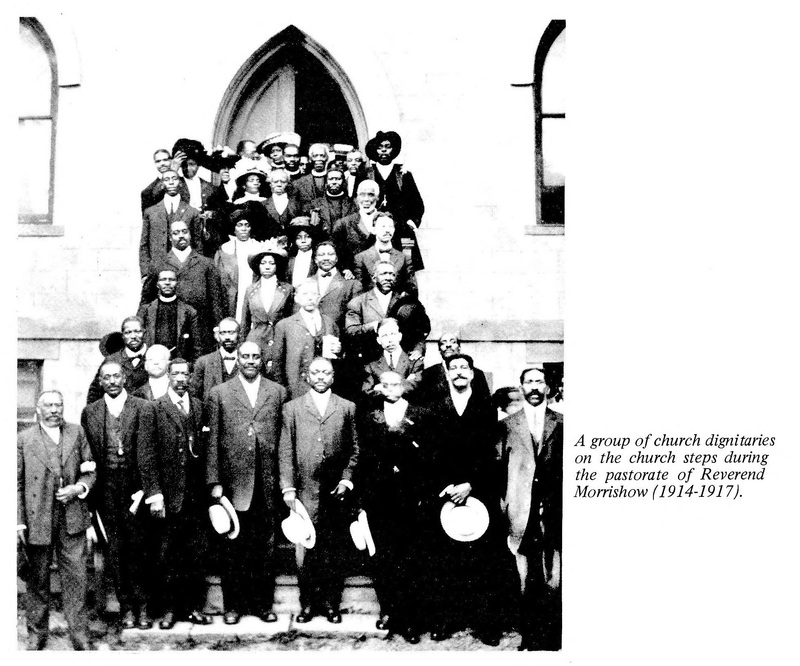 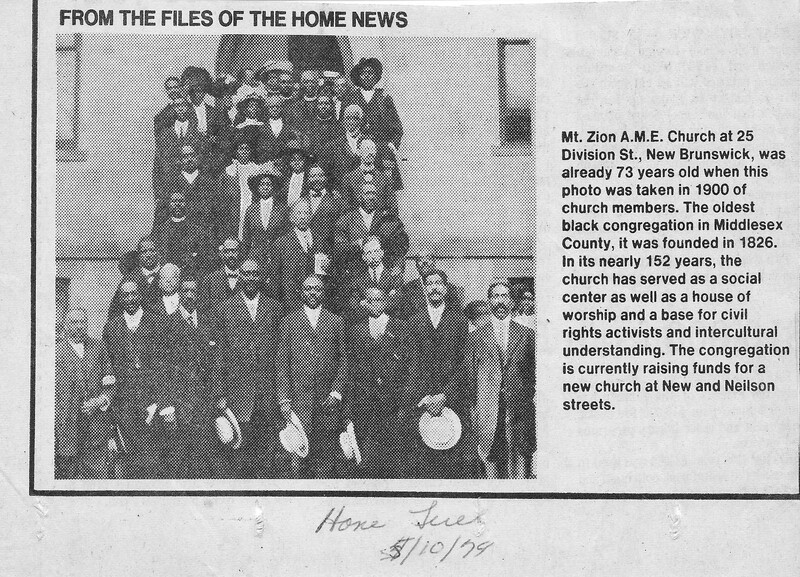 One of the earliest photographs of church members at Mount Zion AME Church, taken in the early decades of the twentieth century. The group stands on the front steps of the church building located at 25 Division St. in New Brunswick.

In 1977, this photograph appeared in the anniversary publication called 150 Years with Mount Zion African Methodist Episcopal Church New Brunswick, New Jersey (White Plains, NY: Monarch Publishing, 1977). In the book, the photograph appeared with this caption: "A group of church dignitaries on the church steps during the pastorate of Revered Morrishow (1914–1917)."

Two years later, this same photograph was printed in the New Brunswick newspaper Home News on May 10, 1979, under the headline "From the Files of the Home News." The following caption appeared in the newspaper:

"Mt. Zion A.M.E. Church at 25 Division St., New Brunswick, was already 73 years old when this photo was taken in 1900 of church members. The oldest black congregation in Middlesex County, it was founded in 1826. In its nearly 152 years, the church has served as a social center as well as a house of worship and a base for civil rights activists and intercultural understanding. The congregation is currently raising funds for a new church at New and Neilson streets."

This item has no relations.