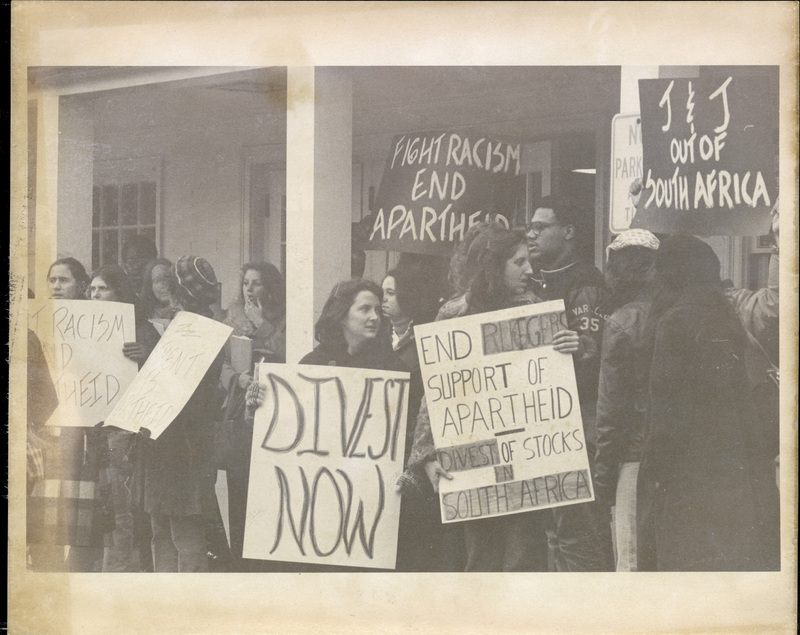 Photograph from an anti-apartheid rally at Rutgers in 1977. Slogans visible on protest signs include: Fight Racism End Apartheid, Divest Now, J & J Out of South Africa, End Rutgers Support of Apartheid - Divest of Stocks in South Africa. Although no date is written on the photograph, this image appears to be from the rally at the Douglass Student Center on December 6, 1977, organized by the Coalition in Solidarity with Southern African Liberation (CISSAL).

This item has no relations.